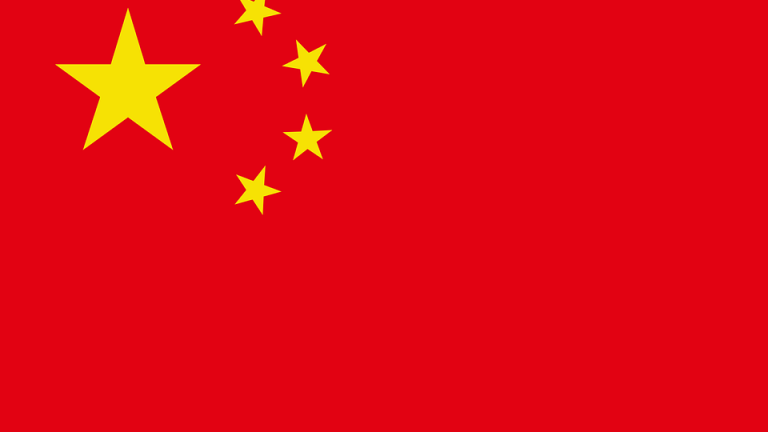 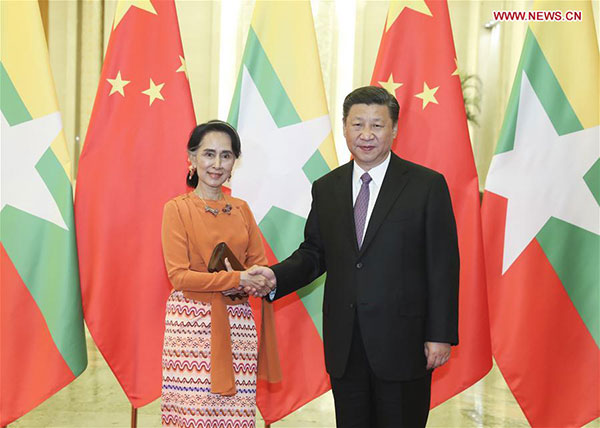 The two sides should make joint efforts to protect security and stability at the China-Myanmar border, Xi told Suu Kyi, according to the news release. Suu Kyi said Myanmar appreciates China’s support and help, and expects to work with China to maintain peace and stability in the border area. Myanmar’s peace process is heading for the second meeting of the 21st Century Panglong Peace Conference slated for May 24, an inclusive dialogue designed to open to all ethnic armed groups. The latest meeting of the Union Peace Dialogue Joint Committee, chaired by Suu Kyi last week, agreed on the unprecedented step of allowing regional or state governments to come up with their own constitutions and pass their own laws, achieving a breakthrough in the political dialogue between the government and armed groups.

Regional constitutions, however, would not be allowed to contradict the country’s overall Constitution, ethnic leaders said. Xi said on Tuesday that China and Myanmar share widespread mutual strategic interests. He stressed that the two sides should maintain high-level exchanges and strengthen strategic communication. Xi said that China and Myanmar should deepen pragmatic cooperation and push forward smooth implementation of key cooperation projects and cooperation on economic corridor plans, infrastructure and economic cooperation zones. The two nations should also expand civilian exchanges and deepen cooperation in areas including tourism, culture and media, and forge solid public opinion support for friendly ties, the president said.

China is willing to strengthen cooperation with Myanmar under the framework of the Belt and Road Initiative to increase mutual development and bring more tangible benefits to the two peoples, he said. Suu Kyi congratulated Xi for the success and fruitful results of the Belt and Road Forum for International Cooperation. The initiative will bring peace, reconciliation and prosperity to the region and the world, she said. She said that her country attaches great importance to deepening relations with China.