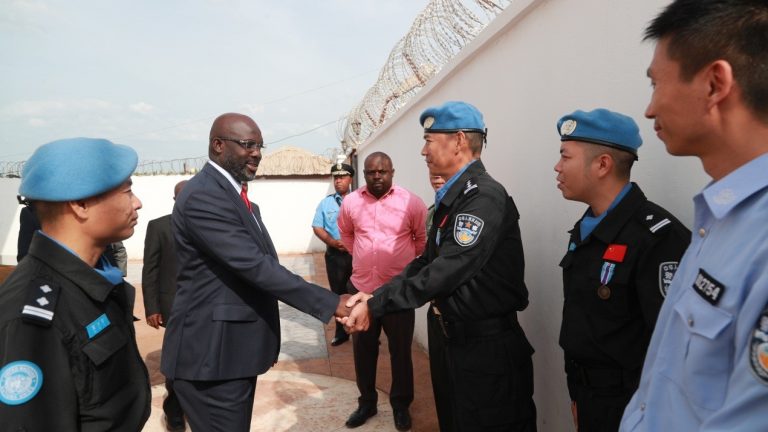 The fifth Chinese peacekeeping police team to Liberia withdrew from the peacekeeping area on Wednesday 28 February this year after finishing their missions, marking the end of China’s 14-year peacekeeping operations in Liberia. The Chinese police force was presented with the National Award certificate of Liberia by the country’s President George Weah, who also expressed gratitude to the Chinese peacekeepers. According to United Nations (UN) resolutions, the team shall withdraw from the area as the United Nations Mission in Liberia (UNMIL) will end its term before March 30, 2018. China has contributed the most peacekeepers among all permanent members of the UN Security Council. It has sent over 36,000 peacekeepers for 24 UN operations after it was first involved in such missions in 1990. As of now, 2,500 Chinese soldiers are still on peacekeeping fronts.