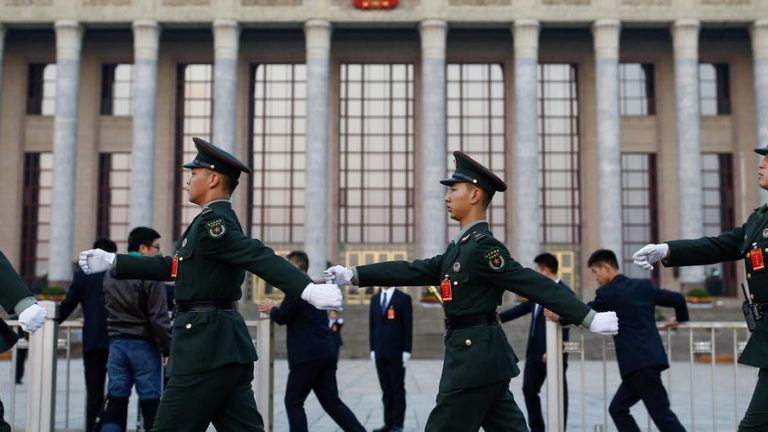 Analysts believe that China’s national supervision system reform is an important adjustment to the country’s political system, power and relations, with a fundamental aim to strengthen the unified leadership of Communist Party of China (CPC) over the country’s anti-corruption campaign. Xi Jinping, General Secretary of the CPC Central Committee, once pointed out that self-supervision is a hard nut worldwide, comparing it to “Goldbach’s conjecture” in national governance. He pledged that the CPC is resolute to tackle the problem and build a clean political environment. The national supervision system reform is considered an important step in building such an environment. China’s fight against corruption, the excrescence resented by the public, has been built into a crushing tide so far, but remains grave and complex, analysts pointed out.

By deepening reform of the national supervision system and listing the supervision commissions as a new state organ in the Constitution, the country will definitely continue its fight against corruption until it secures a sweeping victory, they added. The previous administrative supervision system, according to analysts, was unable to keep up with new circumstances because of its narrow domain, decentralized administration and unclear duty clarification. The previous system mainly targeted administrative organs and their staff, not all public officials who exercise public power, they elaborated. The anti-corruption efforts were decentralized as well since the anti-corruption bodies functioned separately rather than pooling efforts together, according to them.

Before the reform was introduced, the discipline inspection commissions investigated the violations of Party members according to the Party Constitution and rules, the administrative supervision departments supervised illegal and undisciplined behavior of staff of administrative organs according to the Administrative Supervision Law, while the procuratorial organs investigated and penalized duty-related offenses of state functionaries according to the Criminal Procedure Law. The old system also had a lack of duty clarification and centralization, analysts added. By reforming and enacting the supervision law, the country would make clear that the supervisory commissions at each level would independently exercise the power of national supervision, which is consistent with the amendment to the Party Constitution that commissions for inspection at all levels are responsible for intraparty supervision. In this way, a centralized, authoritative and efficient national supervision system will be put in place after the systems and mechanisms stamped with the Party’s centralized and unified leadership of the fight against corruption are established, they concluded.

The fight against corruption is among the hottest topics of the upcoming annual sessions of the National People’s Congress (NPC) and Chinese People’s Political Consultative Conference (CPPCC), also referred as the “two sessions”, according to a recent survey by People’s Daily Online. The first session of the 13th NPC and the first session of the 13th CPPCC are scheduled to begin on March 5 and 3, respectively, in Beijing. The two conferences are of great significance for China’s future reform and development. The survey launched by People’s Daily Online ahead of the important political event covered corruption crackdown, social security, reform and opening up, rural vitalization, cultural confidence and other topics the Chinese are concerned about for the “two sessions”. The poll, conducted from February 8 to 27, reached over 4.21 million netizens. Anti-corruption campaign, social security, education reform, medical reform and poverty alleviation were selected as the five topics of most concern, while reform and opening up and rural vitalization were among the hottest emerging topics, the poll found.

It is not the first time for corruption crackdown to be included in the list, as it has dominated seven annual “two sessions” surveys during the past 16 years. China maintained a tough stance on fighting corruption over the last year. Among major events of this kind in 2017, the pilot reform of the national supervision system received the most attention from the public, followed by the repatriation of over half of the “Red Notice” corruption fugitives. Another survey done by People’s Daily Online in 16 provinces and cities revealed that anti-corruption campaigns targeting lower-ranking officials were also of concern. Many of the respondents believe that these campaigns have a closer relationship with people’s lives. Aside from anti-corruption, national pool of pensions was also a focus of Chinese people. Over 40% of the respondents said that the elderly in ‘empty nests’ are the most insecure group. They also voiced concerns about the problems of China’s elderly care industry, such as the short supply of nursing facilities and high service costs.

Education reform came back as one of the top 3 anticipated topics for the “two sessions” after 13 years. More than half of the respondents believe that the rural-urban education gap has narrowed over the last year. How to improve education in rural areas, especially remote areas, is also a focus of attention. The netizens called on more efforts to boost rural compulsory education, enhance team building of rural teachers and optimizing school distribution in remote areas. Reform and opening up, as well as rural vitalization, which were first taken as options in the survey, were 7th and 9th on the list. © dr. Ren Yan People’s Daily